View endangered red wolves. Get up close to a loggerhead turtle and jellyfish. See fish with no eyes and frogs that change colors. Touch live horseshoe crabs and fossilized dinosaur tracks. It’s all at the Virginia Living Museum, Newport News, where living exhibits depict Virginia’s natural heritage from the mountains to the sea.

The museum introduces visitors to more than 250 living species native to Virginia through exhibits, discovery centers and interactive hands-on exhibits.

Opened in 1966 as the Junior Nature Museum and Planetarium through the combined efforts of the Junior League of Hampton Roads and the Warwick Rotary Club, the facility expanded and was renamed the Peninsula Nature and Science Center in 1976.

In 1987, the facility again expanded and was renamed the Virginia Living Museum, becoming the first living museum east of the Mississippi, combining the elements of a native wildlife park, science museum, aquarium, botanical preserve and planetarium.

Today the Virginia Living Museum is still a museum leader in its use of living exhibits (animals, plants, marine creatures, reptiles, amphibians, birds) to present its message – connecting people to nature through educational experiences that promote conservation.

Each exhibit tells a story. There is the predator-prey relationship between the chipmunk and the corn snake; the camouflage abilities of the flounder, the invasive, but beautiful lionfish, and the complex interrelationships of the animals and plants that inhabit a cypress swamp.

In the two-story, glass-covered walk-through habitats, visitors immerse themselves in natural environments. The cool, moist Appalachian Cove features a waterfall, a swift-running mountain stream and a lake filled with mountain fish, plus free-flying birds. Massive cypress and tupelo tree trunks line the southeastern Cypress Swamp, where visitors can see numerous swamp creatures, including an alligator and snapping turtle.

The Coastal Plain Gallery explores the world’s richest nursery, the Chesapeake Bay. Exhibits range from the dramatic 30,000-gallon Noland Chesapeake Bay Aquarium with its large sea creatures to an underwater view of the intricate and complex life forms that inhabit a wooden piling beneath the ocean waters.

The Piedmont and Mountains Gallery is anchored by a display of the fall line from the James River in Richmond, filled with smallmouth bass, catfish, wood turtles and other aquatic creatures. Also in this gallery, are spotted turtles in an upland bog, yellow perch and a chipmunk.

Hanging over the double helix staircase, which represents the genetic basis of life, is a six-foot-diameter globe showing the earth as viewed from space. At the bottom is a scientifically authentic replica of a dinosaur that may have lived in the foothills of Virginia around 200 million years ago. Visitors can touch real dinosaur footprints.

In the Virginia Underground Gallery, visitors wind their way past the striking features of creatures from a limestone cave. The gallery also features a cut-away of the fossil-rich layers along the steep banks of the James River and the colorful gems that can be found in the “jewel box” of an underground mine.

The Chesapeake Bay Touch Tank, hands-on discovery centers and interactive activities in each gallery encourage visitors to expand their knowledge. Kids particularly enjoy role play as an animal keeper and a veterinarian, while learning how the museum cares for its animals in the Wild and Well exhibit that opened in 2014.

With a dome that revolves 360 degrees and a university-grade 16-inch Meade telescope, the rooftop Abbitt Observatory provides visitors with spectacular views of the sun, during clear days, and beautiful objects in the night sky, on designated evenings.

Travel the universe in the Abbitt Planetarium, completely modernized in 2008 with a state-of-the-art digital projection system. The digital computer-based Spitz sciDome projection system and Starry Night Dome software created by Imaginova can transport visitors to far-away galaxies in one program and to the microscopic world of atoms in the next.

Outdoors, a 3/4-mile elevated boardwalk loops across Deer Park Lake and through 10 acres of woods and creeks with animals, such as river otters, red wolves, beavers, bobcat, coyotes, deer and wild turkeys living in naturalized habitats. Also, on the boardwalk, is the Coastal Plain Aviary, a dramatic walk-through aviary filled with coastal birds, such as pelicans, herons, egrets and ducks.

Garden, landscape and exhibit plantings display the largest collection of native plants in Virginia. Learn how to build green, live green and garden green in the Conservation Garden and Goodson Living Green House. Kids can explore the Children’s Garden and Nature Playground that opened in 2013.

The museum, a private non-profit organization, is accredited by both the Association of Zoos and Aquariums and the American Alliance of Museums, a distinction held by only 13 other institutions in the country. It is also a certified Virginia Green attraction.

The museum is located between Williamsburg and Norfolk/Virginia Beach at 524 J. Clyde Morris Blvd., Newport News (I-64, exit 258-A).

Please login or register to add your review. 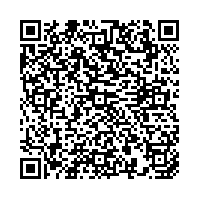